2020 The Year Without Football: How Are Superstars Coping With The Coronavirus Lockdown?

The current state of affairs around the world is something that we have not seen for a generation as Coronavirus spreads across the globe. Not only has this affected our way of life, but it has also affected live sports as well as the way we interact with one another. In this article, we will be looking into the effects that no live football events is having on the superstars.

Coronavirus has affected a vast majority of the world at this point as over a quarter of the world’s population is in some form of lockdown. These measures, as well as others around the world, have led to cancellations of the Premier League and other major football tournaments across the globe. This has meant that many superstars have been in isolation with their family. However, this does not mean that they are not training. With many of them conducting training videos and showing their workouts on Instagram live, the training season has only just begun in terms of their own personal health during this difficult time.

The Cancellation of Other Sports

In addition to Football taking a hit, multiple other live sporting events such as Wimbledon, the London marathon and even the Olympics have been postponed till the end of the year or even as far back as 2021. This has not only meant a loss of revenue for several businesses, but it has also deeply affected the companies that are marketing the events. This has also affected other aspects of the industry such as promoters, football betting sites and television channels showing these events. Though there is the option of digital football matches to watch and place your bets on, this is not as popular to many.

Therefore, the spread of Covid-19 is affecting the sporting industry not only in the UK but in a number of other locations around the UK, making this a trying time for the industry as a whole as well as the effects that it is having on the fans and players of the sport.

The Reaction from Footballs Superstars

If you are suffering from the Covid-19 blues when it comes to the lack of football on our screen you are not the only ones. With many football managers and even the superstars themselves encouraging the adoption of these lockdown rules, many are hoping that this will speed up the process and get us back to normalcy much faster. One of the most famous faces to speak up on the subject is football manager Pep Guardiola.

The Manchester City manager has jokingly said he will come out “fatter” following the lockdown as the lack of football is leaving to boredom. This is something that is being felt by many and is somewhat unavoidable at this stage. However, with managers such as this and other superstar football players backing the cause, supporters of the sport are more likely to stay at home as and support the NHS, as these are people that many fans and even young children look up to. Therefore, leading by example is proving highly valuable in the national effort to stay inside and safe lives as the number of cases and deaths in the UK continue to rise.

The Rise of Digital Sports

It is important to note that the popularity of FIFA and other digital sports has increased as a result of this ongoing isolation period with sporting superstars holding live stream games on FIFA to raise money for the efforts. With huge matchups between some of the world’s best players taking place online, you can still enjoy some of the best the sport has to offer but is just held on an online platform instead.

In addition to the use of FIFA and other console games, we are also seeing a surge in the number of people that are taking advantage of virtual football betting. With several matchups generated by a random number generator, you can still place bets on numerous sporting events that are taking place online. We have seen technology such as this be used as a replacement for other events such as the Grand National that has also been cancelled due to Coronavirus. This digital horse race is set to take place in 2020 and is having the right amount of time.

The Current Situation Due To Covid-19

As the current situation continues, we are set to see more and more people taking advantage of online sporting events. However, as the virus spreads across the world, we are seeing more and more sporting events either being cancelled entirely or postponed until 2021. One of the most recent to be moved is the Olympic and Paralympic games. These were set to take place in Tokyo his ear, however, it has since been deemed not safe to hold the games this year. This is because several countries began to withdraw their teams due to the fear of contracting the virus as they were travelling. The International Olympic Committee has since agreed to the proposal from the host Japan and has moved the event to 2021, this has not happened since the Second World War.

With this in mind, we have seen a vast amount of disruption due to covid-19 that is only set to continue as time goes on. Which sporting event are you missing the most in 2020? 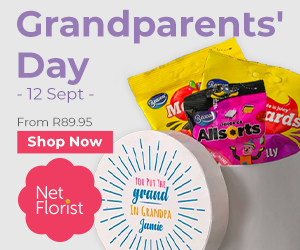